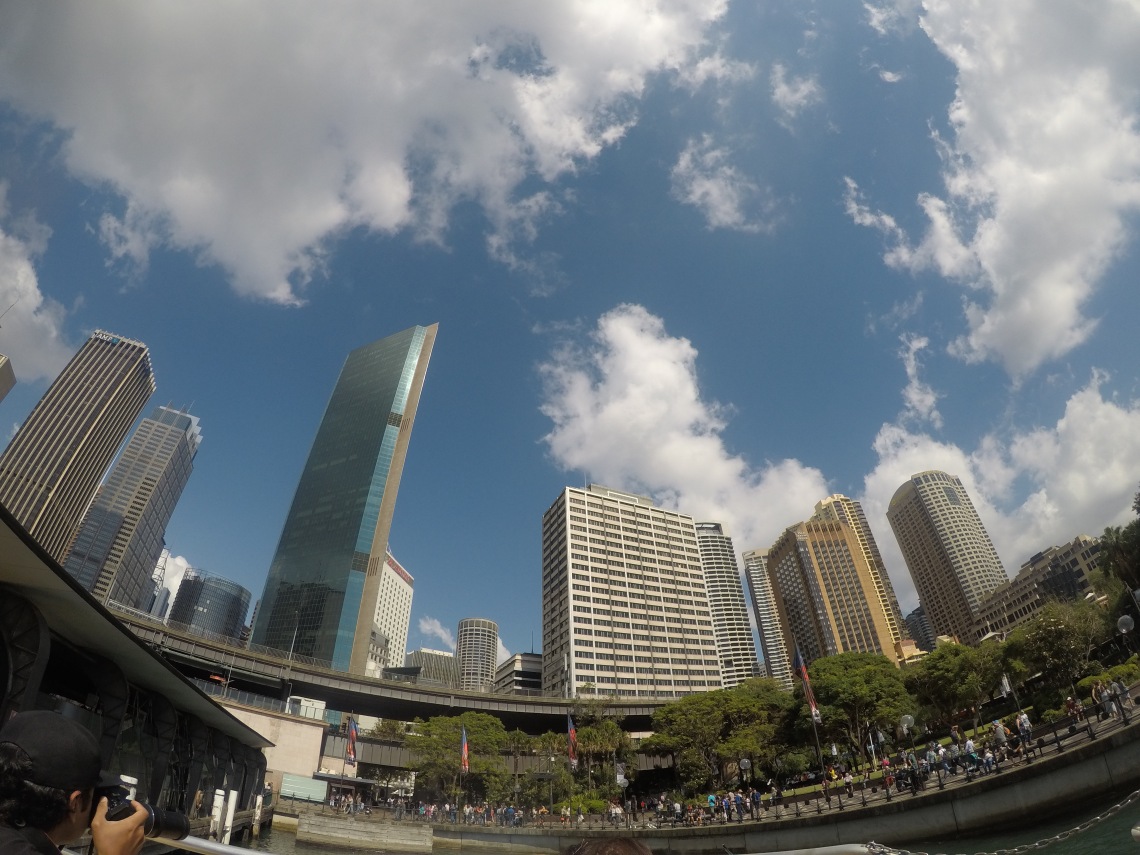 I have a head like a sieve. Like literally the worst memory of anyone I know, so I’m going to write a series of posts about our three week trip to Australia. Mainly for my benefit of course, but if you are planning to visit they may help… and if you are nosy like me… it may occupy you for a few minutes. For anyone looking to visit and is unsure on when to go, we flew out on April 12th, so you can see what the weather etc. was like whilst we were there. All in all, it was perfect.

We spent two full days in Sydney in between travel from Manchester and to our next stop, Cairns. Our hotel was incredible and I’d 1000% recommend it if you are considering going. It was right on the harbour and the view out of our window was none other than the Sydney Harbour Bridge itself! The hotel was Pier One Sydney Harbour, we have no idea how much it was (don’t want to know either!) as it was one our travel agent picked out for us and we just saw a rolled up price for everything they had booked. Sometimes it’s best not knowing… ha. The location was perfect though as it was an easy 20 minute walk along the harbour to the Opera House and the boats to do any tours, go to the zoo etc. We also saw a couple of cruise ships that docked there and they were incredible. I’m desperate to go on a cruise! 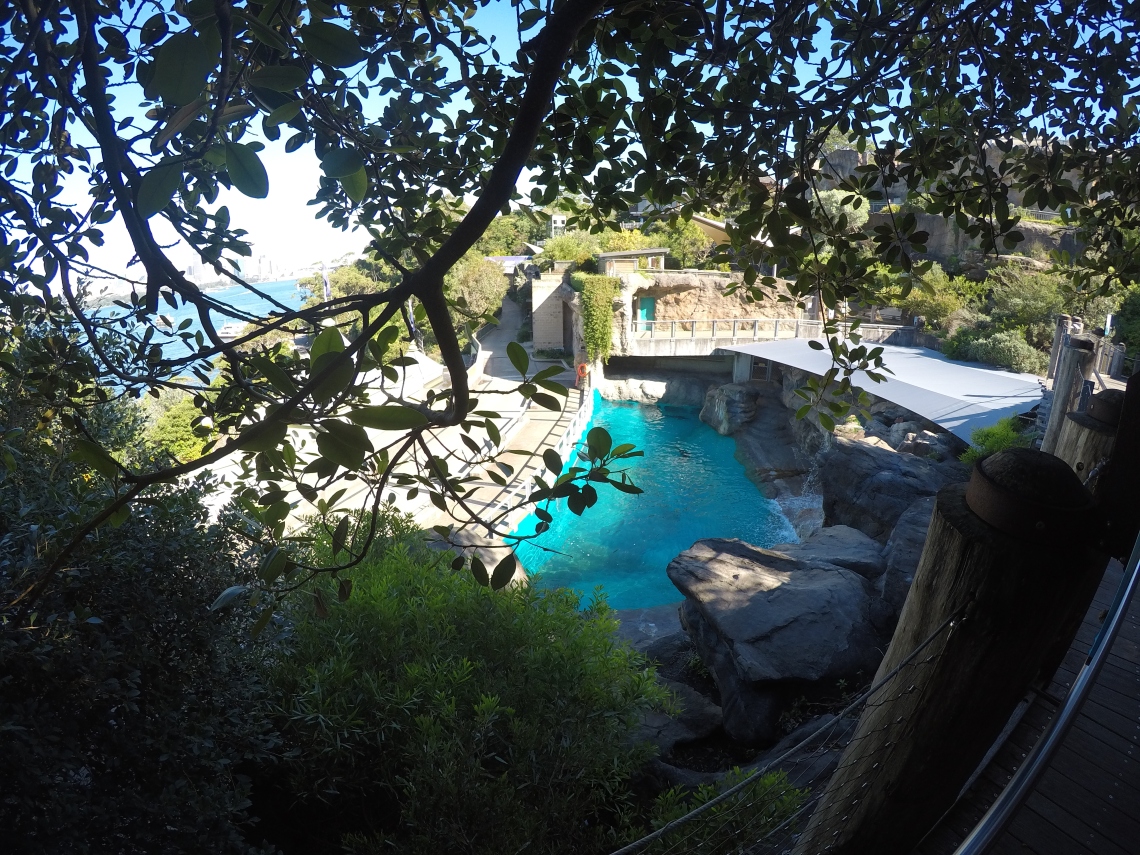 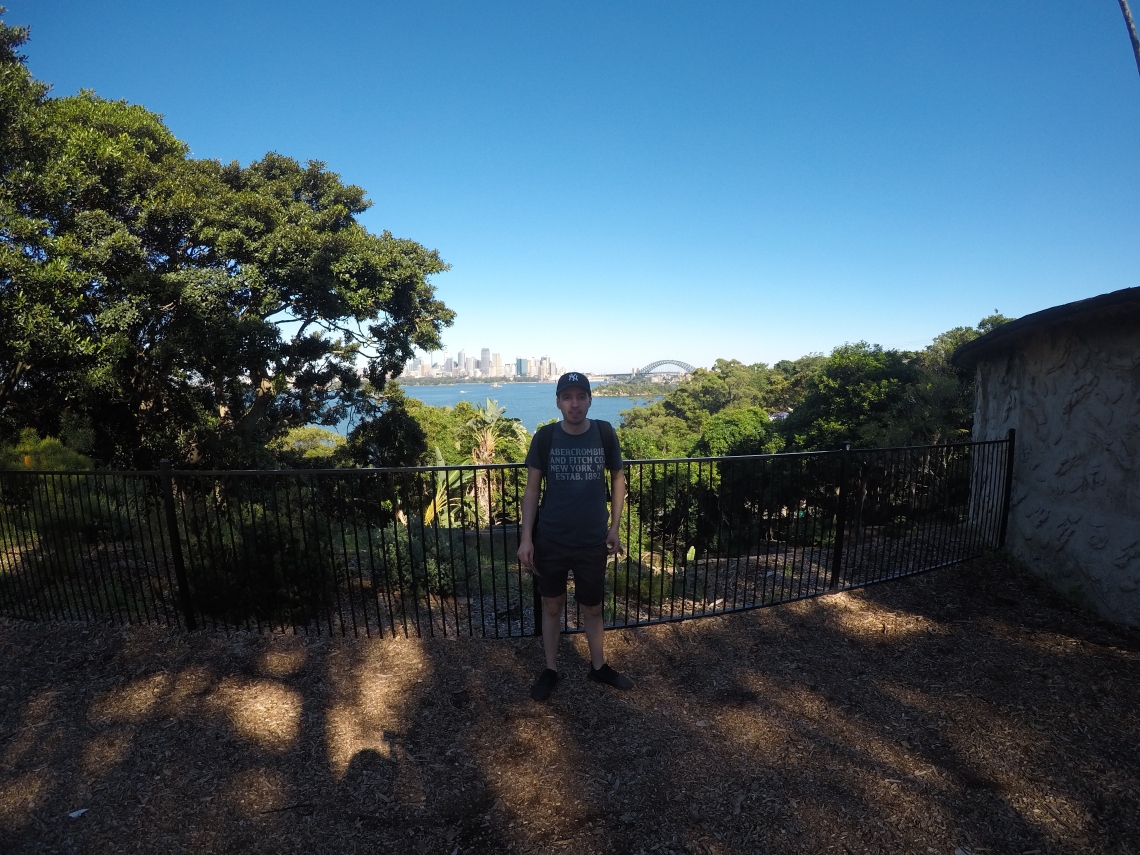 After the walk along the harbour on our first morning we caught a boat to Taronga Zoo for opening. On this trip we realised that getting to places when they open is the best thing as Australians don’t seem to bother so it’s super quiet everywhere and you end up leaving as they arrive and you are onto the next thing!

There are two entrances to the zoo as it’s on a big hill. You can cable car up to the main entrance from the boat stop or walk a few minutes to the entrance at the bottom. We opted for the bottom as 1. It was quieter and we’d get the bottom part of the zoo to ourselves for a while and 2. The queue for the cable cars just wasn’t worth the wait. We also found that unless you had pre-bought your tickets, you had to buy them from the bottom entrance before boarding a cable car.

The views across the water from Taronga Zoo are so lovely, I don’t think any of my photos did it justice. It’s almost worth paying to get in for the views (and to see Kangaroos and Koalas of course). It isn’t a huge Zoo but we weren’t planning to spend all day there, so once we’d made our way up to the top (after a lot of moaning from myself as it’s up a bloody hill!) we got the cable car back down. As we were leaving when most people were coming in (we spent around 2 hours there) there was no queue to get the cable car down. I’d definitely recommend doing it as you get some lovely views of the zoo and you don’t have to walk… bonus!

In terms of attractions at the Zoo, if you are there with a family you could easily spend longer there. There was a petting zoo with goats, chickens etc. and you get to go into the enclosure with the Kangaroos which we thought was pretty cool. In terms of price I feel like we paid more because we went on Good Friday, but you can check on their site.

The Bridge Walk was probably one of my favourite things of our whole trip. I’m lazy and unfit so the thought of paying a lot to walk 14,000 steps up and down a bridge didn’t thrill me, especially late afternoon when I fancied a nap. But, I’m so glad I was forced to do it. It does cost a lot there is no doubt about it, but it’s a once in a lifetime opportunity and the views are incredible!

We were really lucky with the weather as it was a beautiful day in Sydney. We did our walk mid-late afternoon and were lucky enough to catch the sunset on the way down, which was absolutely incredible. For anyone who wants to do it, here is a quick run down as it takes around 3 hours all in all (if I remember correctly).

You check in, are taken into a room to sign a waver, chatted through safety stuff and then fitted in your super flattering suit. We were taken through to a room and fitted with a harness to attach us to the bridge, a radio so we could hear our guide (who was amazing) and various other bits and pieces dependant on the weather. As it was sunny we took a hat and we also had to have attachments put on our suits so we could take up sunglasses and in my case my actual glasses. You get a little practice run inside as they have a piece made up similar to the bride and then you are on your way up!

There are a few opportunities for photos on your way up, which your guide will stop you for and snap away. Annoyingly you can’t take your own GoPro up for photos so you have to pay for any photos you do want and they aren’t cheap.

At the end you receive a certificate, a hat if you didn’t take one originally and a group photo (who wants the group photo with loads of strangers though?). You then get the option to purchase any of the photos taken by your guide, but because it’s a once in a lifetime thing you get roped in and we bought two of them. One which is above and the other which is that bad that nobody else will ever see.

I wouldn’t go to Sydney and not do this, it was one of the best experiences of my life and the guides are so knowledgable about Sydney and the bridge, you don’t need to pay for a tour! 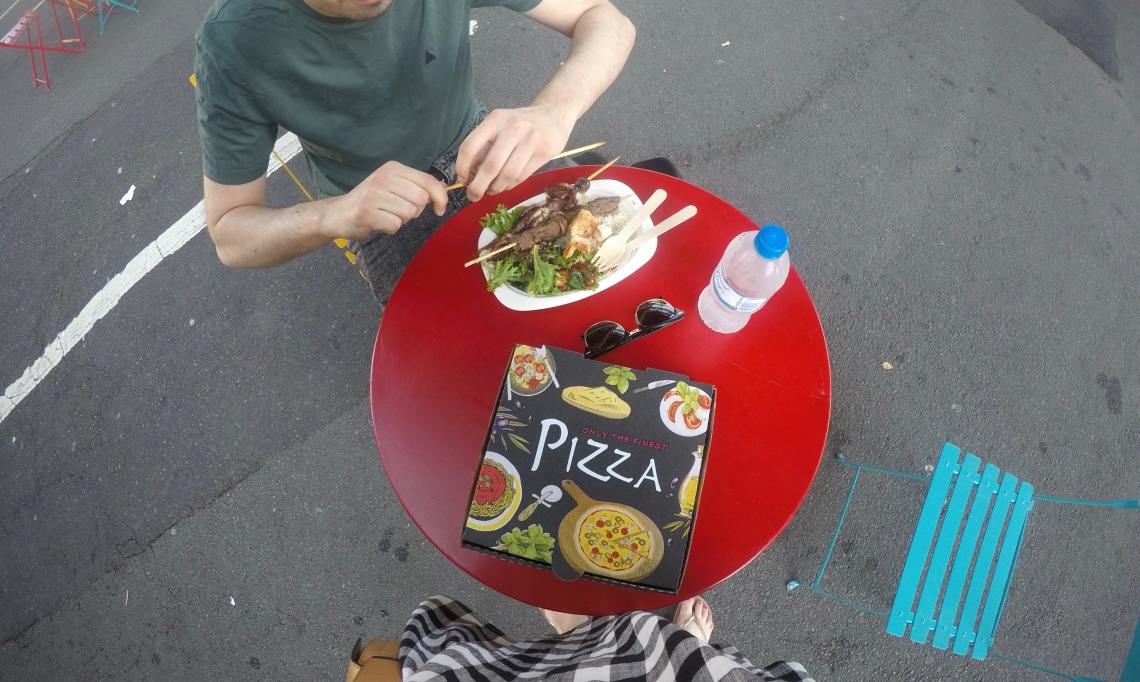 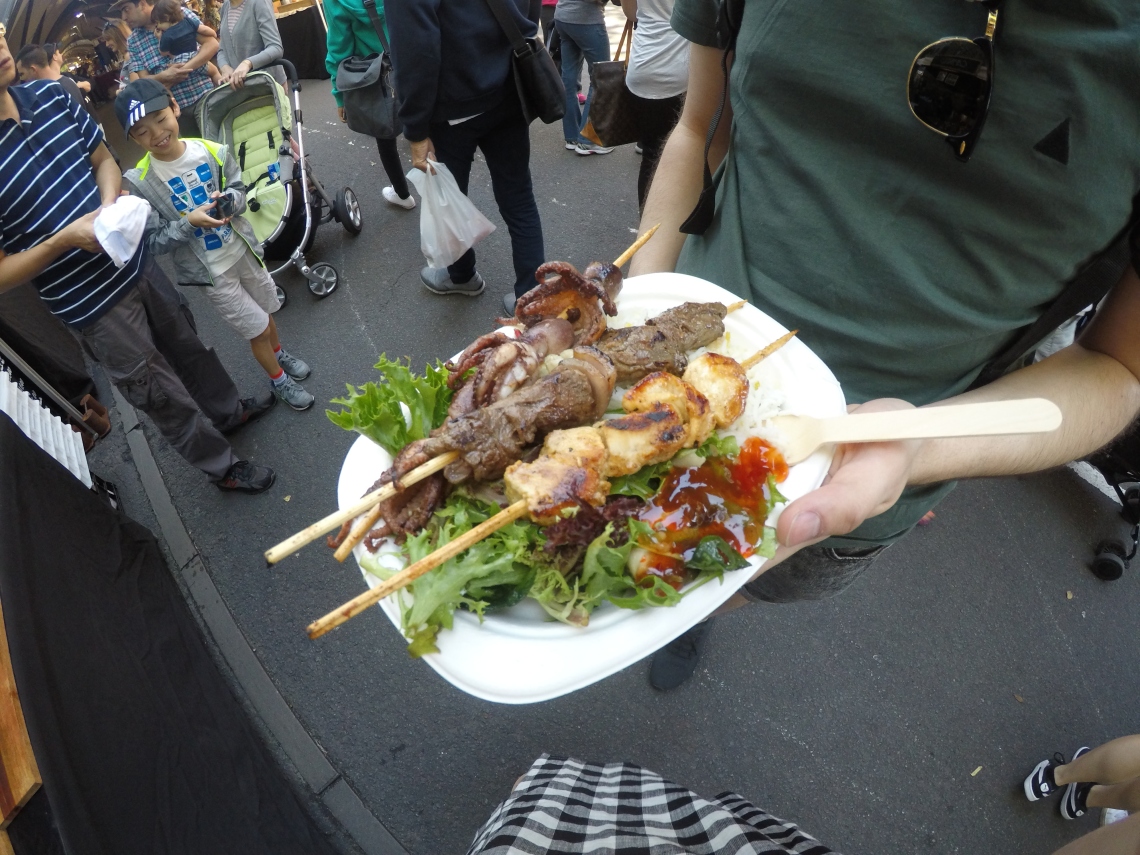 We were looking for somewhere to eat brunch on our second day and stumbled across a market that spanned a few streets. There were all sorts of stalls but as we were hungry it was the food ones that caught our eye first! I had a pizza because I’m basic and the fussiest person alive, it was a good pizza though. Nick opted for a plastic plate of various meats. I think he went for octopus, kangaroo and crocodile which was definitely not my kind of thing. I did try some crocodile and wasn’t blown away but I definitely drew the line at kangaroo! We also picked up some of the most beautiful homemade filled chocolates which I’m still thinking about now. I’m not sure exactly where these markets were (helpful Beth) or when they are on, but it was a nice thing to come across and you can check online. There are loads of different markets across Sydney. 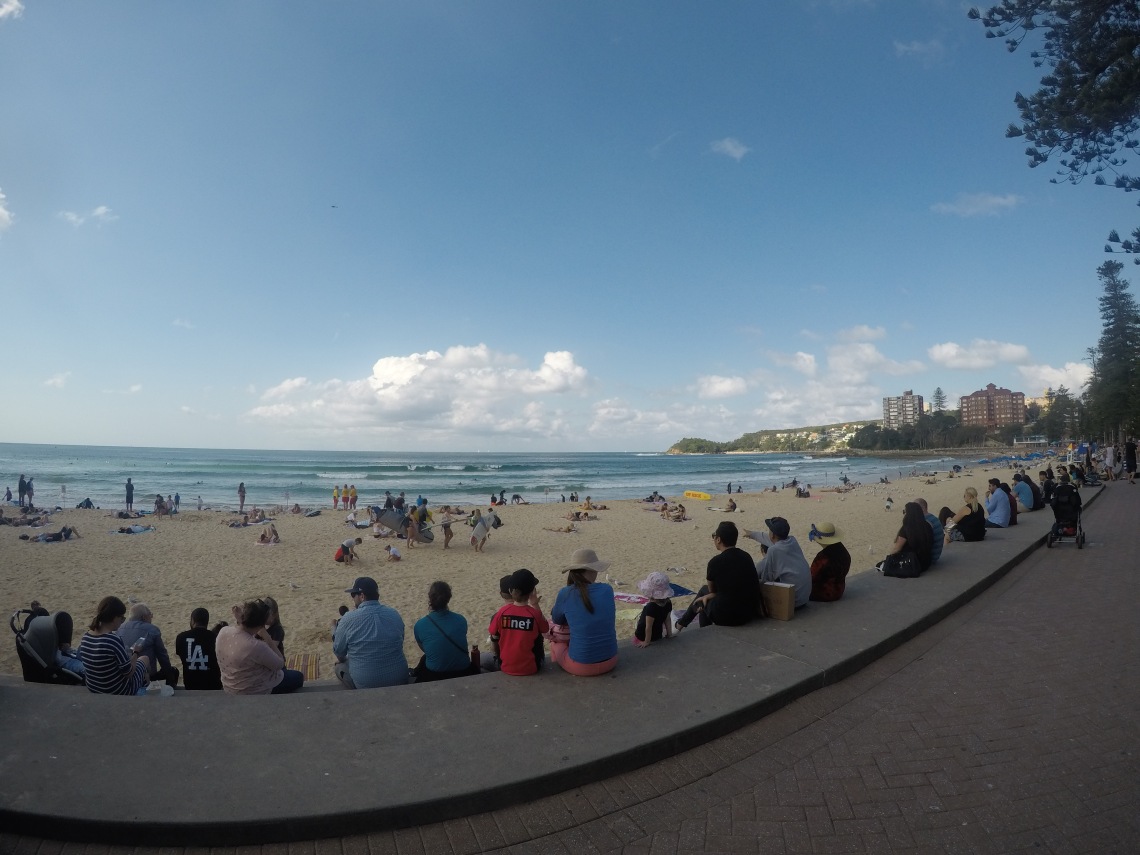 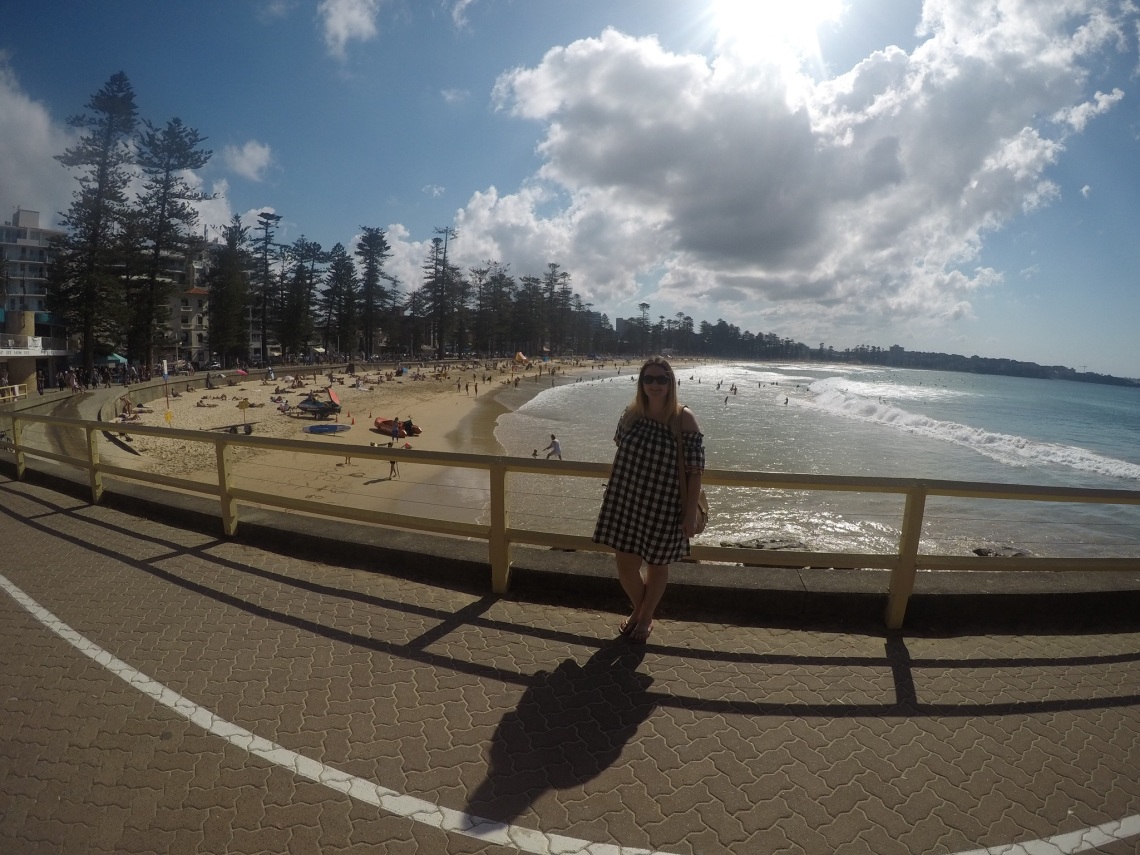 We decided to pay for a hop on, hop off boat which if we were to go again we wouldn’t bother with I don’t think. It was nice to go round to each stop on the boat, but a lot of them looked pretty boring and the only one with any promise was Manly Beach, so we spent a few hours there.

It was Easter Weekend whilst we were in Sydney, so as you can image, it was pretty busy so Manly Beach was crammed full of people. It was still really beautiful and I’d definitely give it another visit. We did a 30 minute walk around to another bay which was quieter, where we sat and had a drink watching the world go by.

In terms of food/drink we only had one sit down meal whilst we were out there, mainly because jet lag meant we wanted to eat at the weirdest times or not at all. I feel like we missed out on so many places to eat thanks to our pal jet lag but I think we made up for it   in other places on our trip.

I’d definitely recommend Sydney if you are planning an Australia trip, it was a really good starting point and potentially my favourite place out of everywhere we went. The Harbour Bridge and Opera House really are amazing in person and if the sun is shining there are plenty of gardens/parks to sit and chill out at. It’s also worth a walk at night too as Sydney looks really nice all lit up.

After our  quick stop in Sydney, we waited for the worst airport transfer company to pick us up and we were off on a 3/4 hour flight to Cairns, which I’ll write up in a separate post. 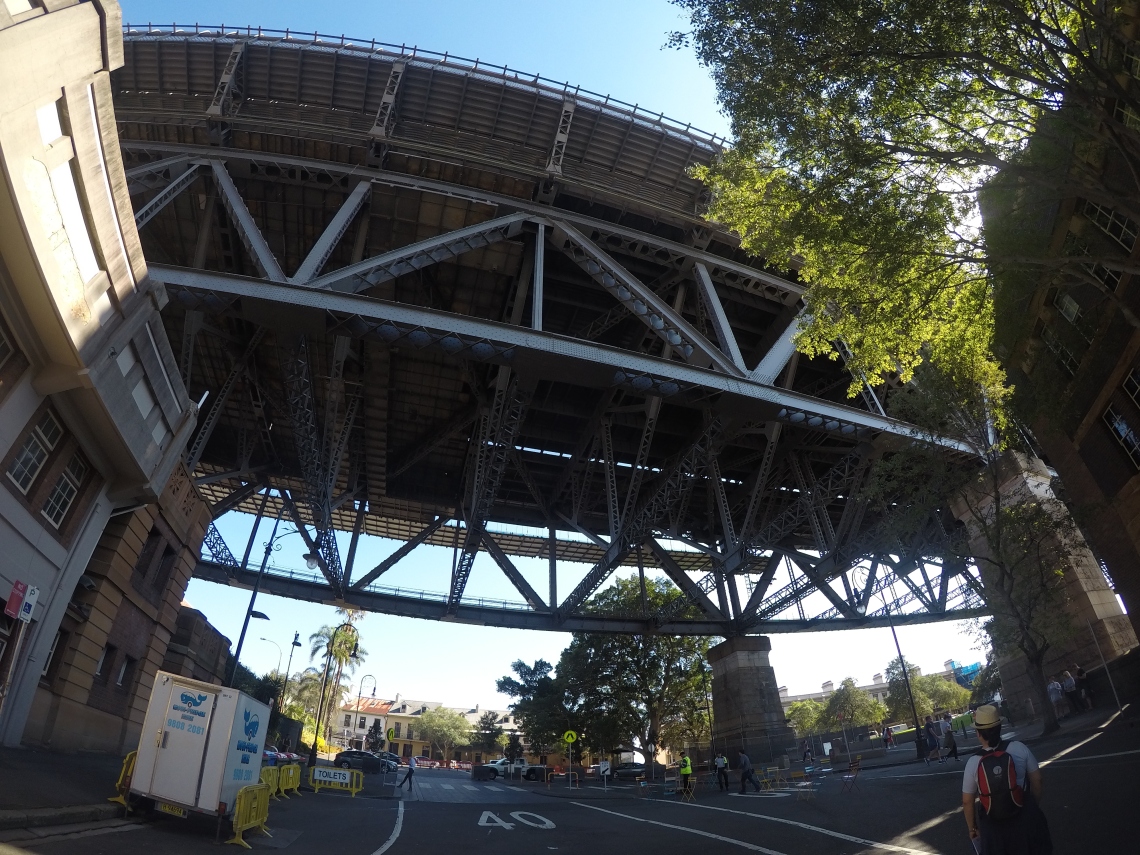 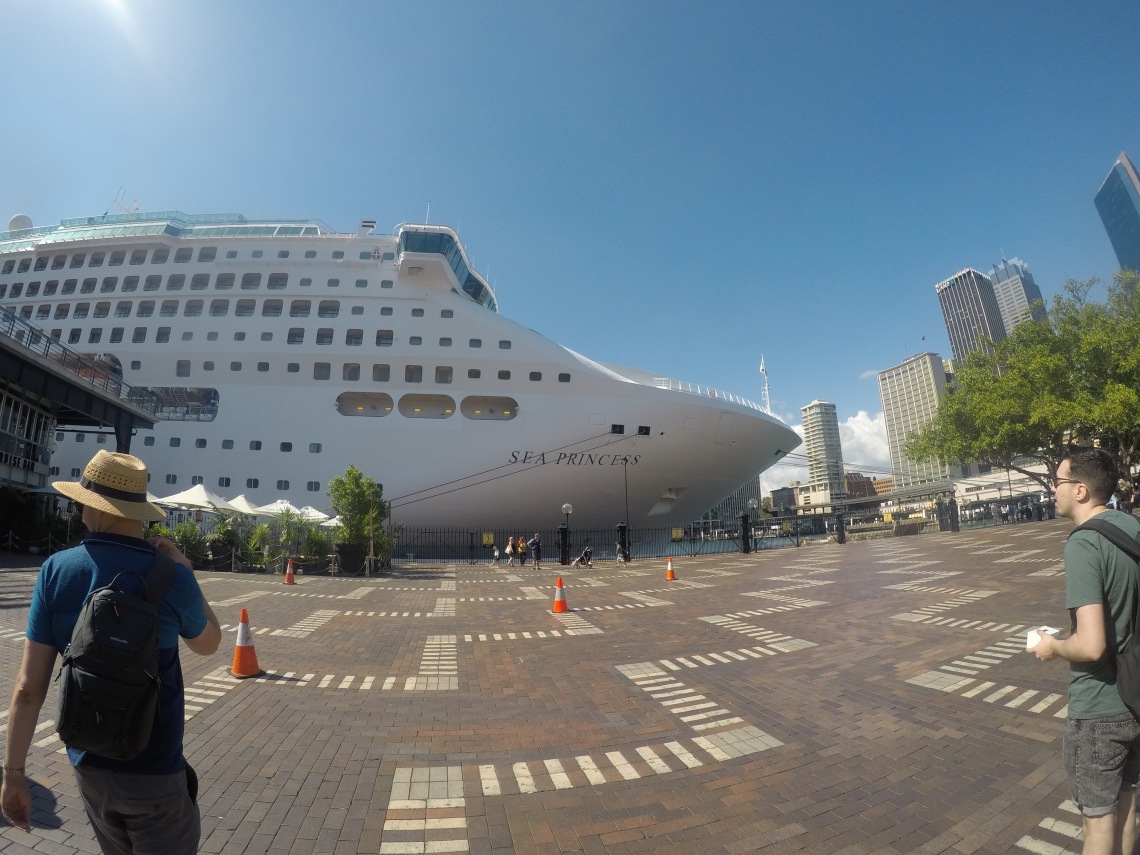 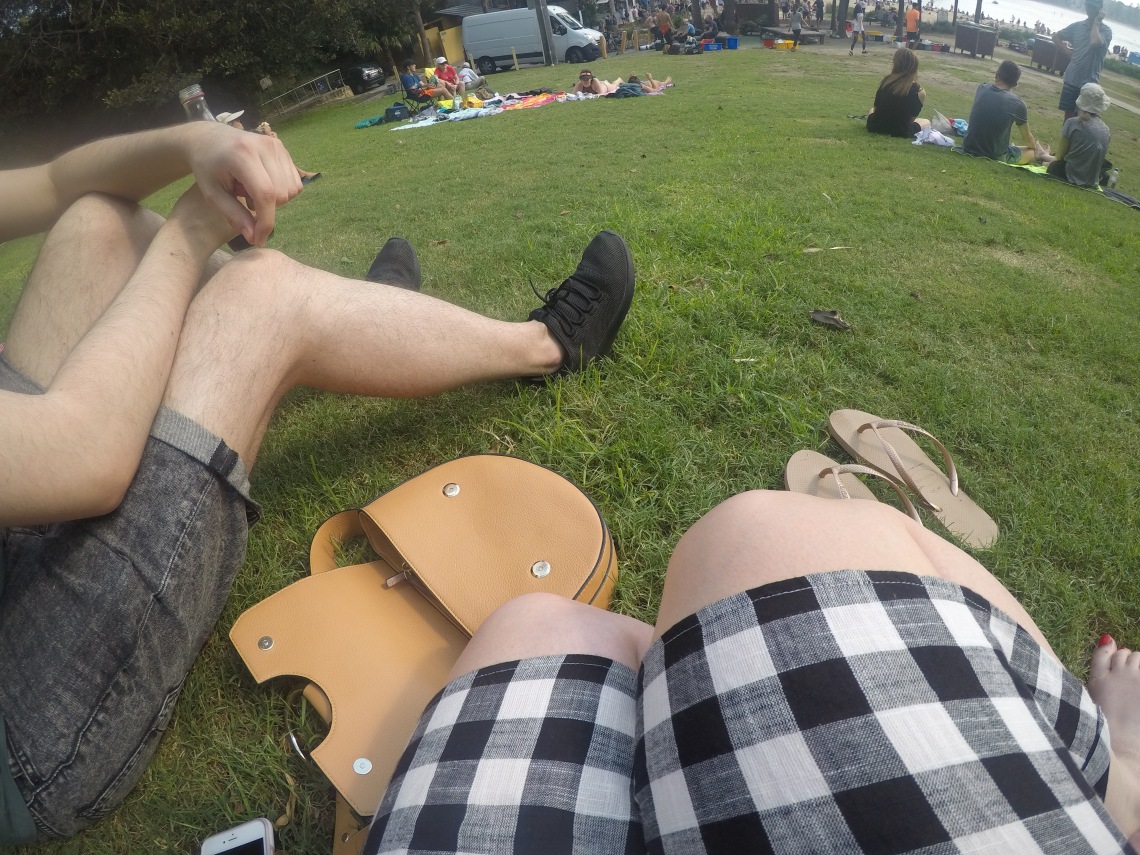