When I returned from Orlando in February I wrote a piece all about my favourite places to snap a quick photo at Disney World. I mean, who doesn’t love a cute shot for the gram? As I’ve recently been to Disneyland Paris (and I’m not officially an Annual Pass holder!!) I thought it would be nice to do a similar post. I took so many photos whilst I was there I don’t think my boyfriend will volunteer to be my photographer again any time soon…

I’ve picked out some of my favourite places for photos. If I put all of them in we’d be here all week, but eventually everything will be on my Instagram. It’s @bethanyfrancesca_ for anyone interested! 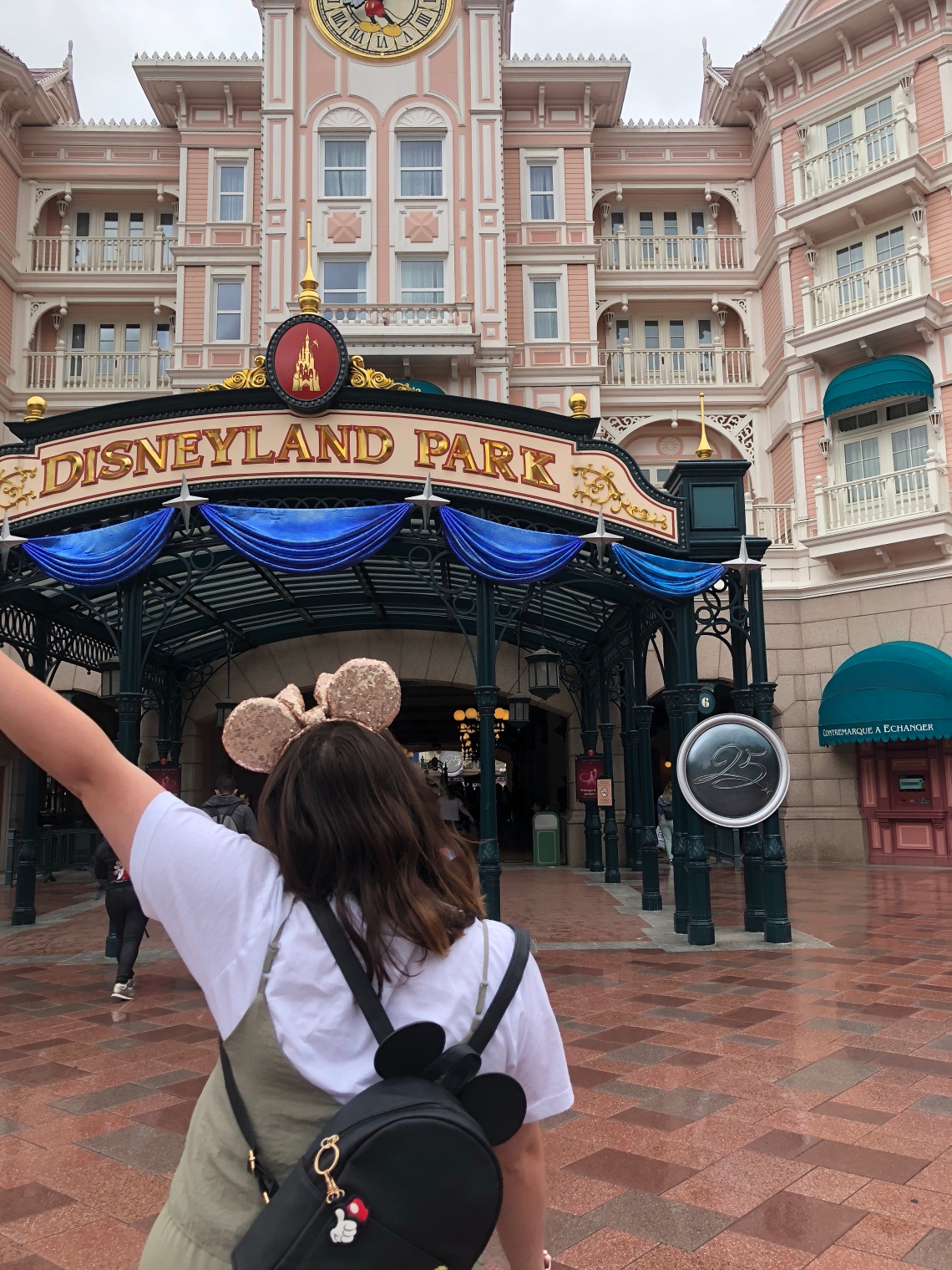 The prettiest entrance to a park has to be celebrated with a quick pic on your way in. A lot of people also have this idea, so it can be crowded but you don’t even need to look at the camera. I love how this pic turned out! 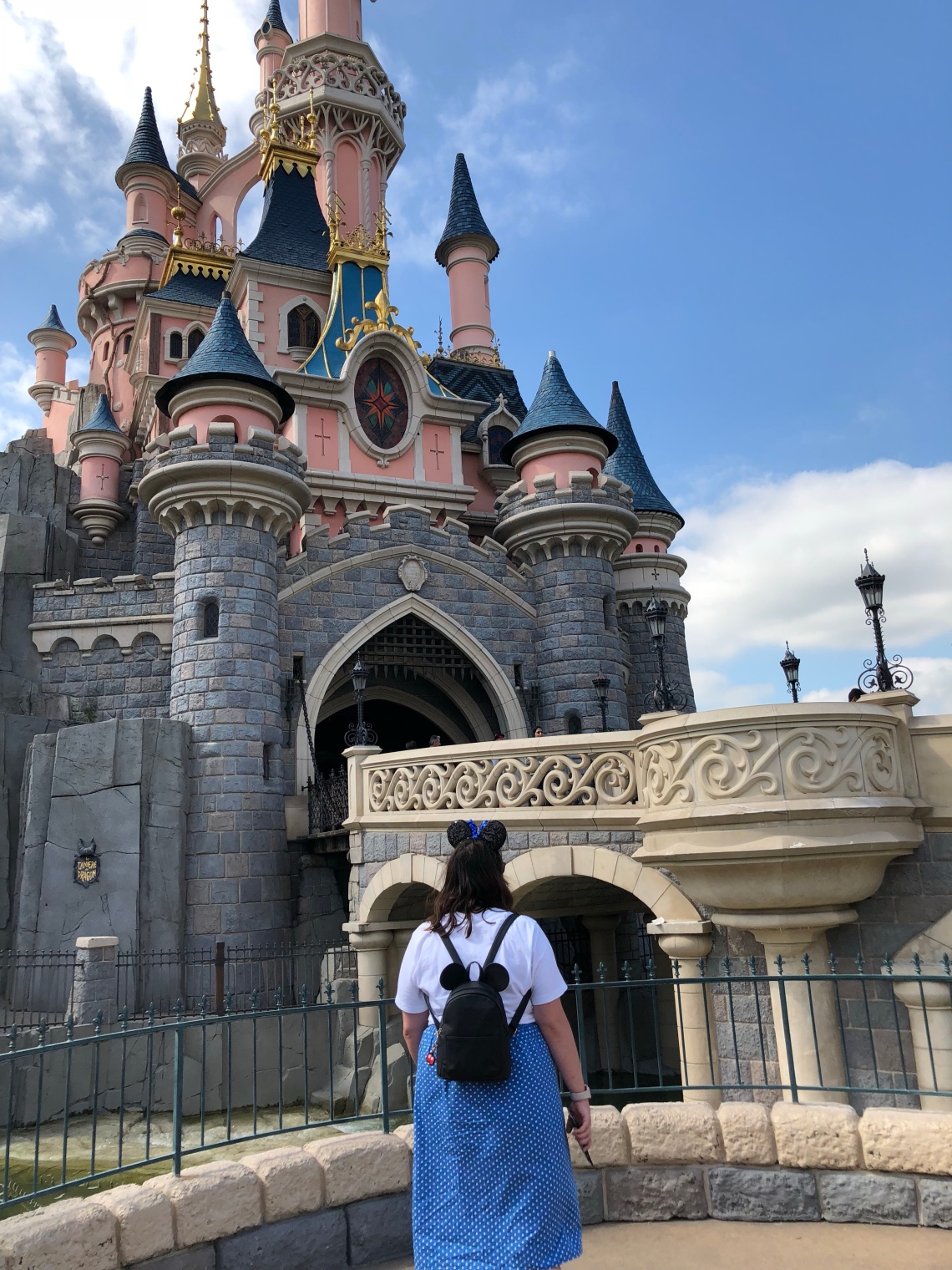 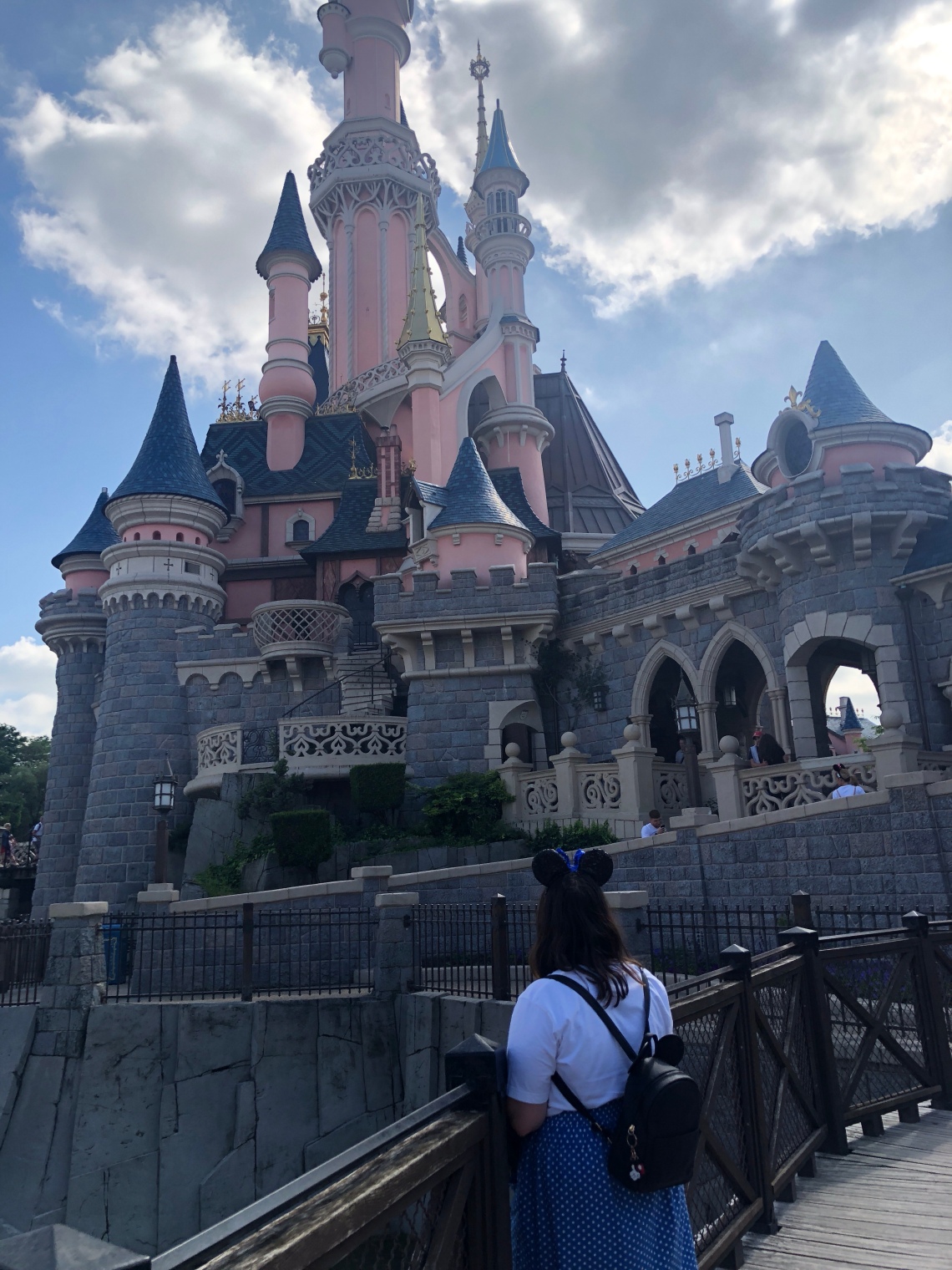 The difference in the sky of these pictures sums up Paris weather perfectly! The castle from any angle is always a good one for the gram. If you walk towards the front of the castle, to the left before you get to ‘La Taniere du Dragon’ (the dragon under the castle!) you’ll find the perfect spot for a castle pic. It’s definitely my favourite, but to the right of the castle there is a bridge (on the above pic) where you can get a cute side angled shot, too! 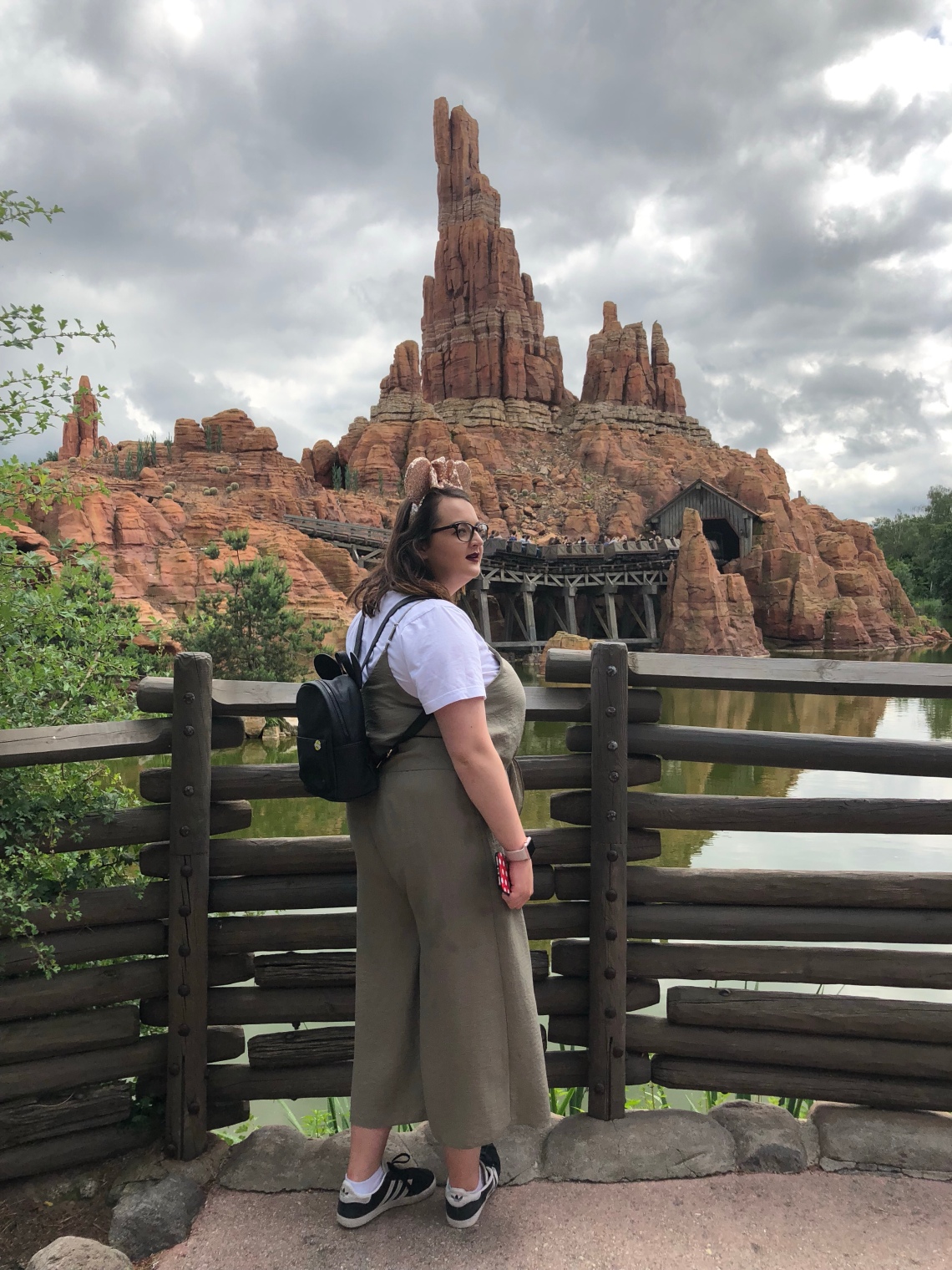 This ride is bloody amazing in Paris. I love it at Disney World but it’s so much better in Paris! I took loads of pictures in this location on my trip (more on my Instagram) as I think it gives you the best view, and if you come off the ride you’ll walk past this location. Just give it a few seconds whilst everyone else on your ride leaves and you’ll have a fairly quiet place for a quick photo. 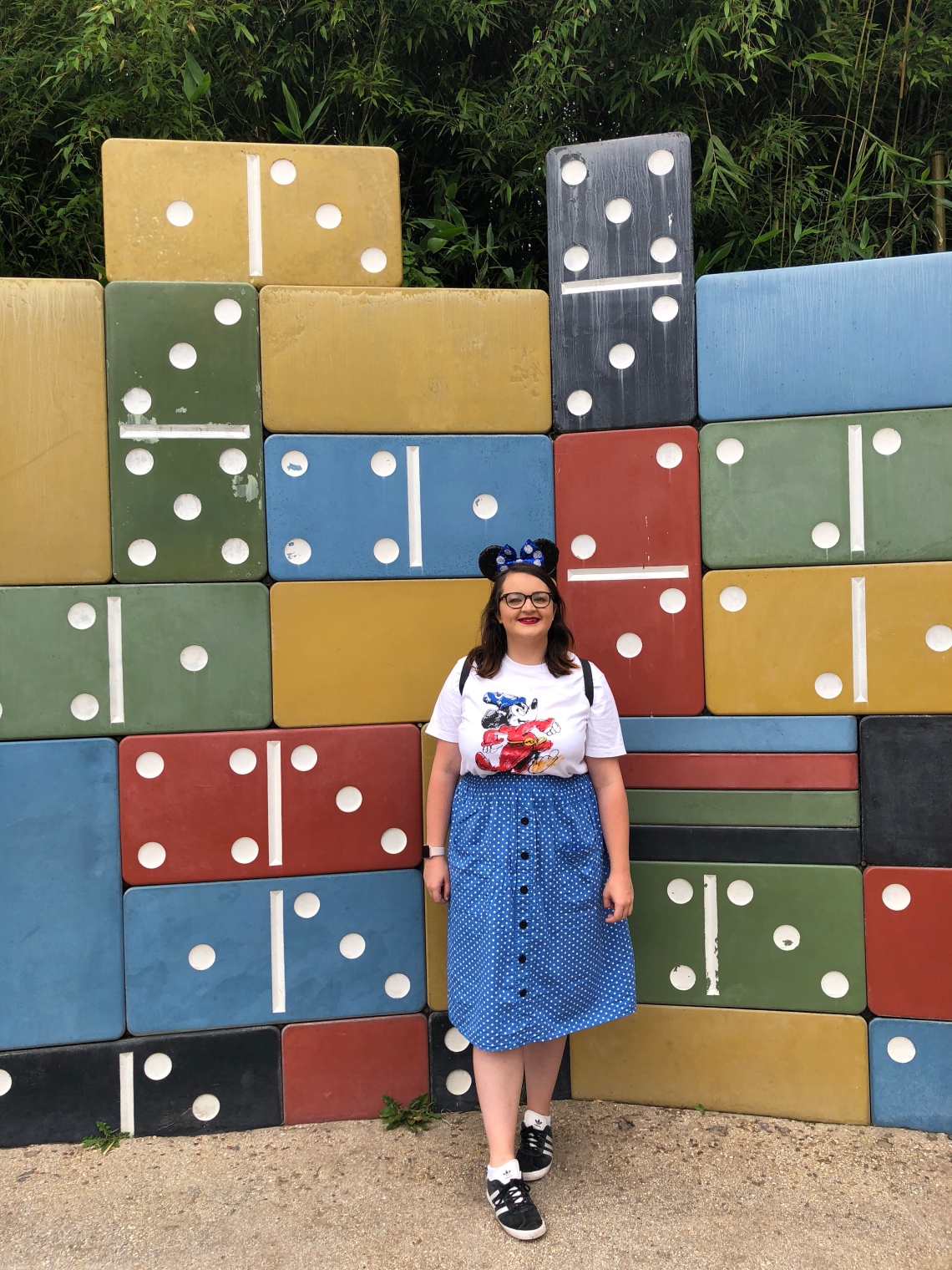 The Toy Story area of the Studios park gives me so much joy as the theming is a solid 10/10. During EMH we did all of the rides in this part of the park (and more!) but as it was empty also took loads of photos. With Disney World having many famous walls I think this one at Paris definitely competes!

Continuing with the theme of Toy Story you simply can’t walk past Rex without a picture! It makes me heart happy that Paris have the films so well represented!

‘Marvel Wall’ – AKA the side of the stage…

OK so this is a random one, but I kinda like it. There is a big stage at the Studios park, near all of the Marvel Summer stuff and this is the side of it. Isn’t exactly a famous Disney location for a photo, but I think it looks cute.

I’m calling this studio street as I lack all imagination and creativity, but it’s a street with the studios area ahead… so yeah. We spent a whole 20 seconds taking this photo as we walked down the road, but I love that my gorgeous Beauty and The Beast jacket is on show! 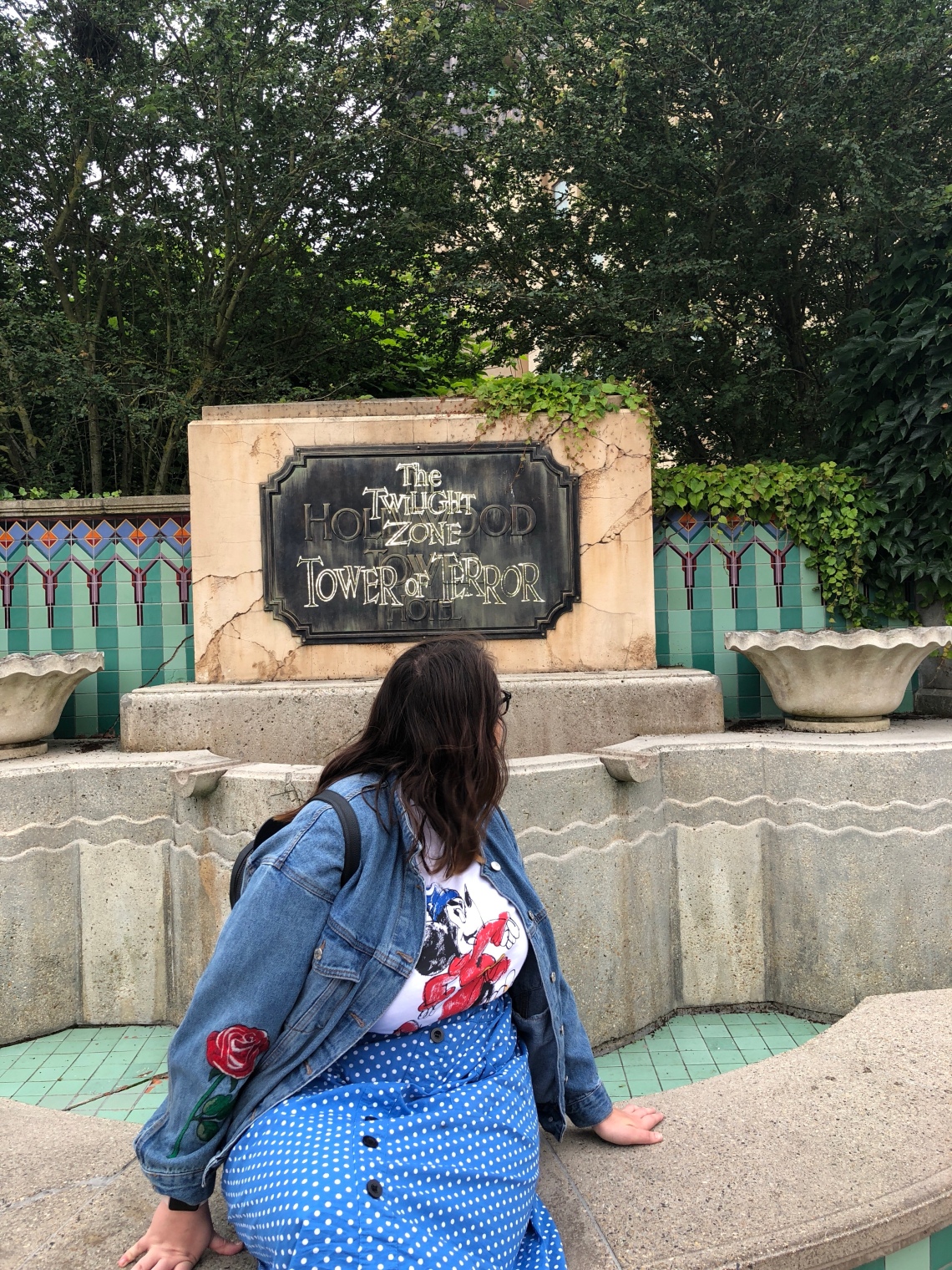 Tower of Terror is my bae and when I visited in December I took a really cool photo of my sister here. I had to recreate it on our trip last week and I love how it turned out. Ironically we took this whilst the ride was down and couldn’t ride it until hours later, but I still love it. 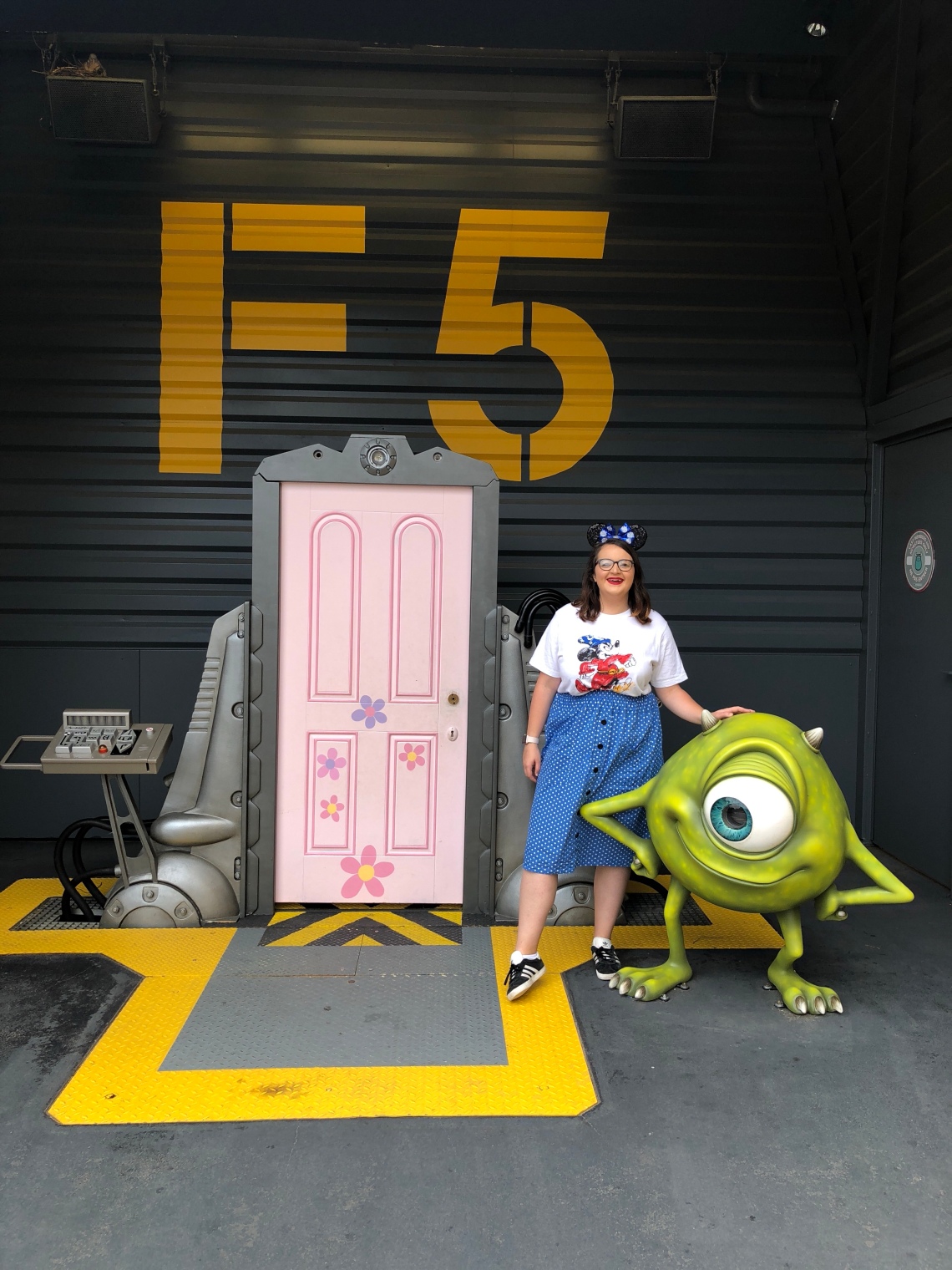 I don’t know what the official name for this area is, but it’s so fun. Monsters Inc is one of my favourite Disney films so taking a snap with Boo’s door and Mike is a must. Tip here if to visit early as it gets really busy! 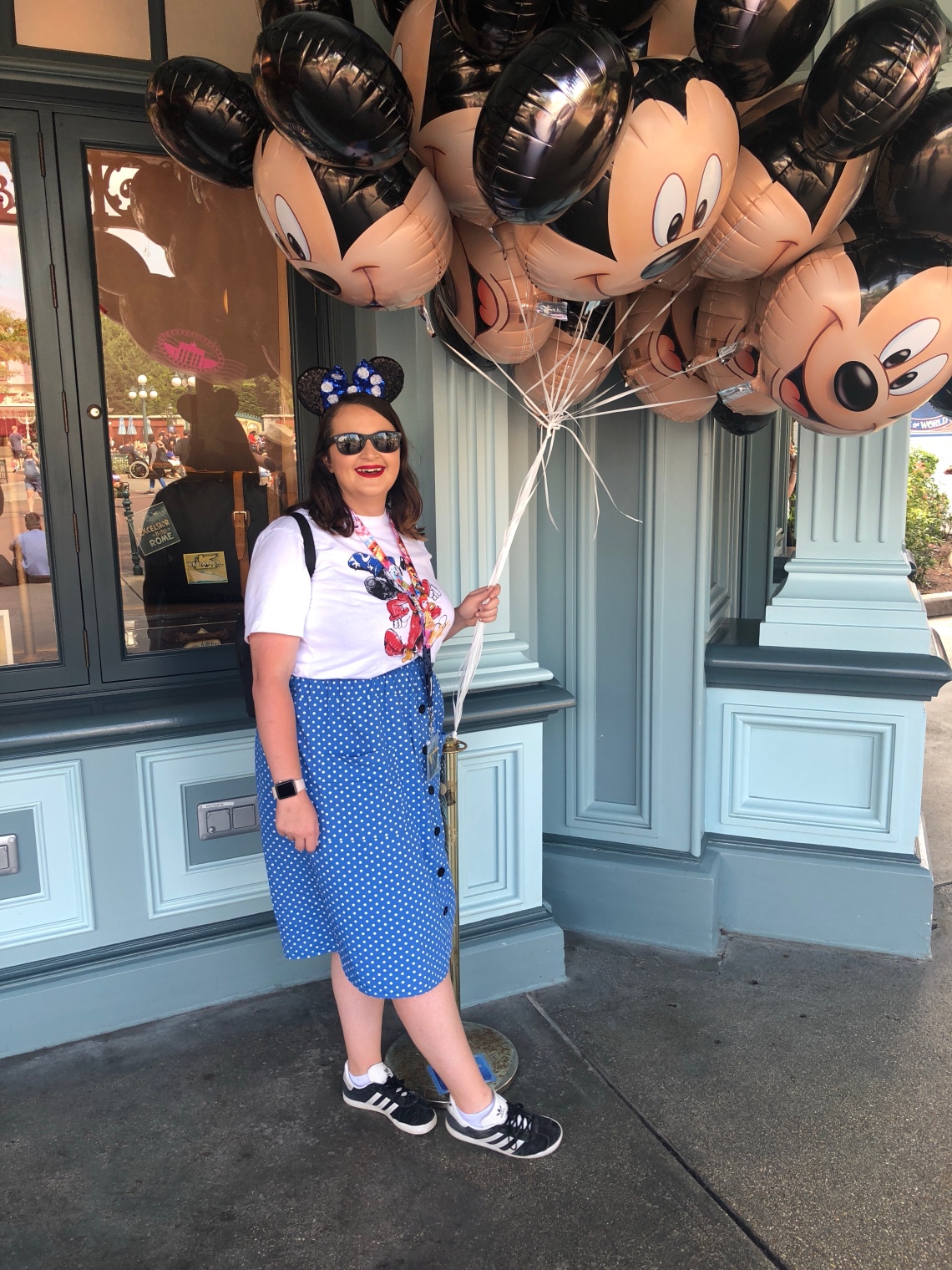 Can you go to Disneyland Paris and not take a snap with the balloons? No, no you cannot! Loads of shops have these outside and whilst I’d love to buy one, I’ll settle for a photo like this. I’m not sure whether I’d buy Mickey or Minnie anyway, so it’s probably good I haven’t had to make a decision!

I’m not one to take more than 30 seconds getting a picture but this was a pain to get. Probably like 1 minute waiting for there to be no people in it! Having said that, I love it and think the theming of the maze is really cool. 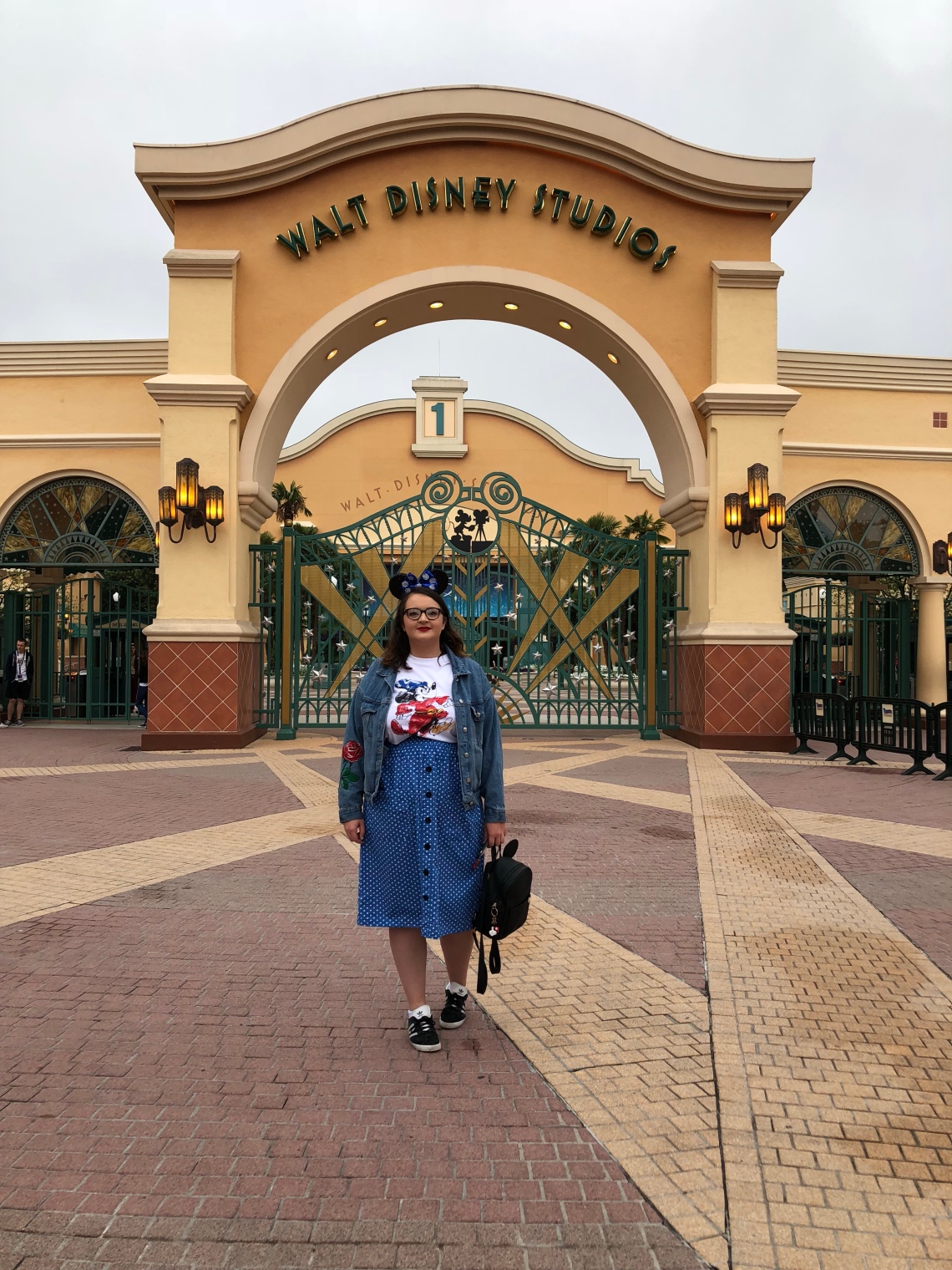 We rope dropped the Studios park on our second day and made full use of EMH. Including getting a shot with pretty much nobody else around. I didn’t appreciate this park much on my first visit as I was just wanting to be in the castle magic but I loved it this time around. Theming in point!

Lastly is the lovely Small World Wall. To find this you’ll walk past the castle to the right of it and up to Small World, which is fairly straight forward. Before you get to the ride you’ll see it on the right. There are a few different designs across the wall (which is actually sliding doors!) and they’re all equally as cute.

I want to know of any other places you like to snap away at DLP! I got an Annual Pass whilst I was there so I’ll be back soon.